DISCOVER HOW BALANCE CAN MAKE A DIFFERENCE

Invest in the Future of Your Community

Looking for an investment opportunity that’s as
good for your community as it is for your bottom
line? Invest with FYZICAL! As the #1 Physical Therapy Franchise, FYZICAL is well positioned to meet the need for balance care and rehabilitation. Our locations average $1M per year in revenue, and the potential for growth is huge.

The Business of Balance

FYZICAL differentiates itself from its competition through Balance Therapy. Connecting with patients after a fall is the traditional approach, but at FYZICAL, our business model is largely based in prevention of these falls.

Million Americans - the total number of people in the U.S. age 40 or older who have experienced some form of vestibular dysfunction

Billion dollars - the total cost of fall injuries in 2015. That cost is expected to increase to $67.7 BILLION heading into the 2020’s.

Why Invest With FYZICAL?

There's something that they do better than anyone else, and that's balance therapy.

Be Part of the Solution

Vestibular disorders and balance issues affect more than 69 million Americans from all age groups. From children to seniors, they're underserved by the availability and quality of balance care. FYZICAL's proprietary Balance Paradigm is changing lives every day!

As the #1 Physical Therapy Franchise, FYZICAL is well positioned to meet the need for balance care and rehabilitation. Our locations average $1M per year in revenue, and the potential for growth is huge. We were recently named one of the most profitable franchises for 2021.

Our investor model doesn't require medical or physical therapy experience. FYZICAL is leading the charge in balance and vestibular rehabilitation with a turnkey program already laid out for you, no experience necessary.

The U.S. physical therapy industry was estimated at $34.5 Billion in 2018, and is projected to increase by 6.2% annually! This sector is highly fragmented with no clear market leader. Coupled with an aging and active population, these demographics favor sustained growth in patients seeking or requiring rehabilitation services.

Billion dollars - the valuation of the physical therapy industry in 2018 with a projected increase of 6.2% annually!

Million Seniors in the U.S. by 2034 - this massive group will rely on physical therapy to help them reduce the risk of falls and recover from them, relieve pain, and increase their mobility.

leading companies with a market share greater than 5%. This fragmented market share spells great opportunity for FYZICAL investors who are able to leverage our time-tested business model and far-reaching support network. 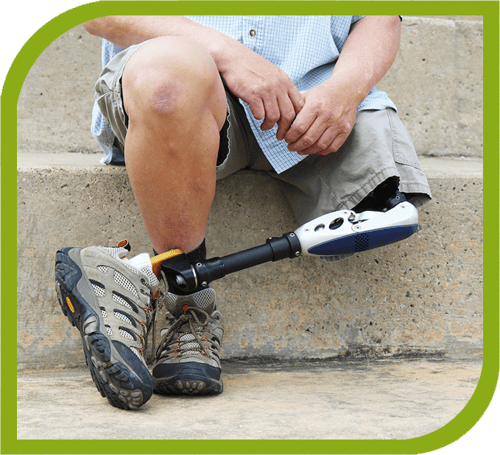 Air Force Master Sergeant Christopher Aguilera
sustained severe injuries when his helicopter was
shot down in Afghanistan, prompting over 21
surgeries and 5 months in the hospital. The doctors
didn’t know if he would walk again, let alone return
to active duty and compete in the Invictus Games.
Yet, he did just that. Due to amputations and a
traumatic brain injury, Christopher had balance
challenges. With the help of FYZICAL, Christopher
not only won his balance, but also several gold,
silver and bronze medals. As clinicians, we proudly
serve our patients, but it is an honor to serve those
who sacrificed for our country

LET'S HAVE A
DISCOVERY DAY!

©2021 FYZICAL. All rights reserved. This information is not intended as an offer to sell, or the solicitation of an offer to buy, a franchise. It is for informational purposes only. Currently, the following states regulate the offer and sale of franchises: California, Hawaii, Illinois, Indiana, Maryland, Michigan, Minnesota, New York, North Dakota, Oregon, Rhode Island, South Dakota, Virginia, Washington, and Wisconsin. If you are a resident of one of these states, we will not offer you a franchise unless and until we have complied with applicable pre-sale registration and disclosure requirements in your jurisdiction.